opis:
Editor's info:'
Johnny La Marama ...is by far the most experimental guitar-centered release of this batch, filled with abstractions from form, prepared instruments and three-way free improv. The opener has Kalima shifting between chocked chords, percussive effects, and swooping melodies against a clattery backtrop. But after the intro, the piece has thze feel of a slightly more fractious John Abercrombie piece (with a hint of Hilmar Jensen, Dave Fiuczynski or similar bent players). Some of the more distorted, unstable passages recalls those dizzy moments from Nels Cline's groups where, with some sort of slide or Ebow or twang bar, Kalima shakes things up. As fine as Kalima is, much credit should be given to Dahlgren and Schaefer, both capable of compelling a listener with their subtle exchange between structural support and expressionist colour. ( There are however, some bizarre and not entirely convincing vocalism that go along with this approach on the title track and on « Smoking All Day »). »Baba has a kind of cracked country feel to it, with some lovly cosmic swells from Dahlgren and Kalima at the end. « La Libertad De La Muerte », is a somber, introspective piece, whose muted, insistend pulse implies a kind of inevitability. « Opferung » begins as the most Frisellian of the pieces here, but works up a real intensity and chaos. And the closing tune is an unexpected ska/klezmer hybrid ! Not everything works here, but kudos to this inventive and energetic trio for ther chance-taking and heart. Jason Bivins - Cadence, august 2005
META015

Songs of Shadow, Songs of... 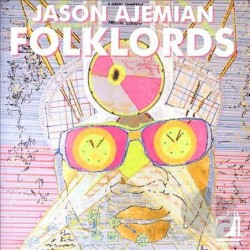 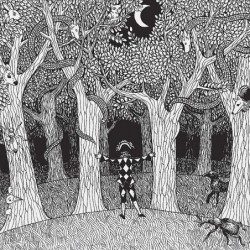