A Weh Dem A Go Do Wid It

"Ras Michael is a roots master and a Nyabinghi specialist. He tells you as it is" -Bob Marley

"I love Ras Michael & the Sons of Negus so." -Lester Bangs

Since the early 60's Ras Michael has remained a unique figure amongst world class & commercially popular reggae artists. His music, based on roots rhythms and African percussion, is referred to as the Nyabinghi sound. It is different from anything you've heard, unless you've heard Ras Michael. With "Dadawah" and "Rastafari", he was in fact the first to bring the Nyabinghi sound to mainstream reggae, which has since used its influence to great effect on singles by Anthony B, Beanie Man, Capleton, Shabba Ranks & Buju Banton. In other words, his influence cannot be overestimated. Ras Michael has released over twenty records on Shanachie, VP, SST, Trojan and Live & Learn. "A Weh Dem..." is Ras Michael's second release on ROIR, the first being the legendary "Rastafari Dub" (see reverse side for more).

"A Weh Dem..." is a stunning new album that sees Ras Michael's roots/Nyabinghi mix further evolving into a creature which still pulses with beauty and vitality. By incorporating into his Sons (and Daughters) of Negus a female vocalist & more pronounced use of synthesizers, not to mention the best studio musicians around (see Players below), Ras Michael has stepped up his righteous message of unity even further at a time when it is most needed, "Do the colors of the rainbow fight amongst themselves? What does it profit a man to gain the whole world and lose his soul?" asks Michael. The lyrical themes that Michael adeptly weaves through the album, are endless in scope, Wealth & Power, History & Music are all given credence in both form and content: from "Rastaman Chant" through "Sweet Jamaica (History)" and beyond. Songs shimmer with the sparse elegance of Nyabinghi, others skank roots reggae style (with the help of Sly, Robbie & Chinna), while some incorporate these two elements sublimely. The mix provides a superb stylistic balance that never quite sits still (& neither will you). This album, ladies and gentlemen, is a masterpiece.
RUSCD8281 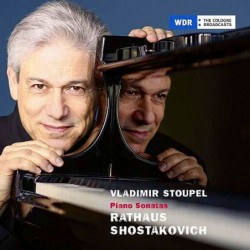 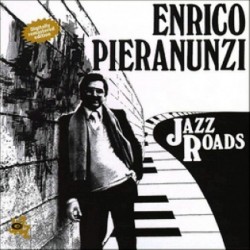