Blues & Rock/Rythm & Blues
premiera polska: 2000-06-13
kontynent: Ameryka Północna
kraj: USA
opakowanie: plastikowe etui
opis:
allmusic.com:
Eric Clapton, who had not released a live album since 1980, had several good reasons to release one in the early '90s. For one thing, his spare backup band of keyboardist Greg Phillinganes, bassist Nathan East, and drummer Steve Ferrone was his best live unit ever, and its powerful live versions of Cream classics like "White Room" and "Sunshine of Your Love" deserved to be documented. For another, since 1987 Clapton had been playing an annual series of concerts at the Royal Albert Hall in London, putting together various special shows (blues nights, orchestral nights, etc.). 24 Nights, a double album, was culled from two years of such shows, 1990 and 1991, and it demonstrated the breadth of Clapton's work, from his hot regular band to assemblages of bluesmen like Buddy Guy and Robert Cray to examples of his soundtrack work with an orchestra led by Michael Kamen. The result was an album that came across as a lavishly constructed retrospective and a testament to Clapton's musical stature. But it made little impact upon release (though it quickly went gold), perhaps because events overcame it -- three months later, Clapton's elegy for his baby son, "Tears in Heaven," was all over the radio, and a few months after that he was redefining himself on MTV Unplugged -- a live show as austere as 24 Nights was grand. Still, it would be hard to find a more thorough demonstration of Clapton's abilities than the one presented here.
by William Ruhlmann 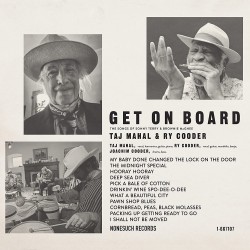